Nigerian fast growing Gospel Music and Media Website, Sounds4TheKing has announced the release of the first volume of their official Mixtape which they tagged “The King’s Rhythm”.

The King’s Rhythm, as announced by Sounds4TheKing will be released twice every year, the mixtape will embrace songs from both established and upcoming Gospel Ministers/Musicians, Christian Hiphop Artistes and Spoken Word Artistes.

Sounds4TheKing’s Official Mixtape, The King’s Rhythm Volume 1 will be made available on all digital platforms for free download on the 25th of June 2020 while the next edition of the mixtape will be released later in December, 2020. The first volume of The King’s Rhythm is a combination of Praise and Worship songs that were carefully selected by the curator.

The word, “King” from the mixtape titled was coined from the name of the website itself “Sounds4TheKing”. This shows that each song on the mixtape are made to glorify and elevate only one person, The King (God Almighty).

Don’t forget to share this great news with your friends as you keep anticipating this powerful combination of songs. Be Blessed. 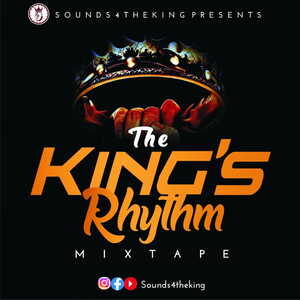 Mixtape : The King’s Rhythm By Sounds4TheKing