The song ELOHIM came out of his deep thought of God as a divine overall creator who is being under-worshipped by His creation.

He actually went to the studio to sing only the Chorus, but to his amazement while in the studio, the Lord unfolded the verses and the bridge to him as proofs that He is more than what people say.

He grew up naturally with great desire for music, at age 11, he assembled a scattered Harmonica which he found around the house and learnt how to play without being taught. At age 15, he started leading and conducting junior choir and also playing the piano. He later became a music teacher, a pianist, worship leader and a song writer.

He is gifted as an audio visual engineer and later studied Mass Communication in the University.

Today, his wife Ruth and Children Lifted, Success and Excel enjoys the immeasurable love of God displayed to them through our Saviour and Lord Jesus Christ. In his words he said “We will worship Him forever”. 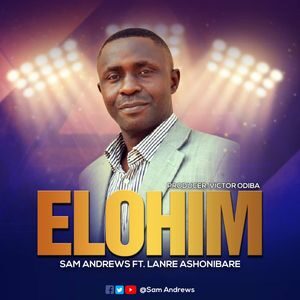