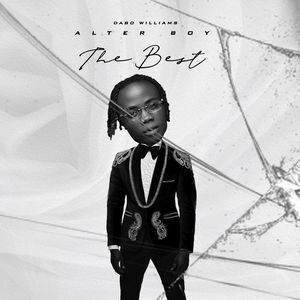 The Good, The Dabo, The Best…

Award winning Nigerian sensation Dabo Williams popularly referred to as Alter Boy has once again proved he is the king of the new school gospel vibe and an encouragement to his generation as he dropped a new single titled “The Best” under the Vibe Cartel Management.

The Afro Dancehall sound produced by “Emerald The KingMaker”  shows the diversity and the articulation of the Vibe Cartel singer as he speaks about his identity and person in Christ. While speaking about the song, he said “I want the song to be an encouragement to people to stop looking down on themselves and start seeing themselves as THE BEST of their kind that God had made them to be”.

The Best is the first single dropped by the artiste in 2021 and it’s definitely one of the few songs which speaks about our identity in Christ. Dabo has been one of the most consistent gospel artistes in Africa churning out several hits and life changing vibes which had earned him several accolades and mentions. No doubt, He is THE BEST at what he does and this single is one that promises to give us more understanding about who we are as believers.

Accompanying the Audio comes a Visual as Well……. Directed By Cartel Loya