Ayomide-Babalola Elizabeth whose stage name is Treasured Lizzy (TL) formerly known as Little Lizzy, is a student of the University of Ibadan and is a teen gospel artist who started singing at the age of 5. She has released 4 albums and a few singles. LIZZY’S NURSERY RHYMES which she released at 6 years, VICTORY DANCE at 8, LONDON PRAISES which contains live performances at her first UK tour in 2014 at 11 years then DAVIDIC DANCE. NARA (Yoruba cover), AYOMITIDE are some of the singles she has released and she’s releasing a new one called MO DI O MU.

Lizzy has performed alongside popular artists in the industry both within and outside the shores of Nigeria. She has been awarded quite a number of times and she’s known for her distinct voice and energetic performance on stage. 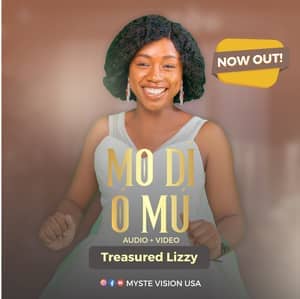