Soyesings releases a new single titled ‘Arole‘ in Yoruba tongue, and translates in English to mean ‘Heir To The heavenly Throne‘.

Adefolake Odejimi, popularly known as ‘Soyesings‘, has said that her newly released songs will inspire men to draw much closer to God so that they could recover their divine glory and mandate which were originally destined for them by the heavens.

She featured Woli Arole in the video version of the song in order to  further enhance its thrilling value. 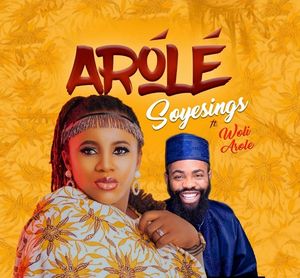