Rayshak Tuvuk CNA also known as Don Ray, a Chartered Accountant, a Nigerian Radio Personality, Voice-over Artist, Singer-Songwriter, known for his vocal roots in Christian Pop, Rock Music. He draws his repertoire from over a decade of musical history, influenced by the contemporary, jazz and early tradition of Nigerian Music.

Ever-evolving, he peppers in several original compositions like “To The Lamb Who Reigns” and “Na Kasa” a song in Hausa language that portrayed our shortcomings drawn from the story of the Prodigal Son. As a birthday gift to the world, he dedicated one of his New Singles titled “Righteous Way” a Christian Rock genre, produced by Ay Klasiq. 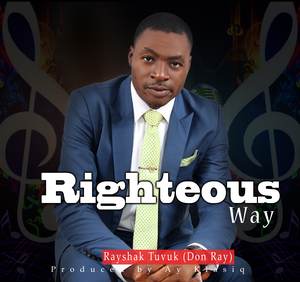