Qhayiya Mdinwa is a traditional Gospel artist from South Africa in the Eastern Cape. He was born and bred in the city of Umthatha, where he fell in love with music in general. Qhayiya grew up listening to a variety of genres but through his faith in God he drew closer to Gospel.

He started his music career by playing the keyboard for his local church and has since evolved into a fully formed artist capable of releasing his own music. Qhayiya Mdinwa sings his Gospel in his native tongue of isiXhosa and believes people will resonate with the music more in that manner. He mostly gets his music lyrics from the Bible where he draws most inspiration from. Qhayiya is excited about his upcoming career and looks forward to the journey it’ll bring him.

The single is an inspirational tale of how all those that have suffered on Earth will be resurrected and join us in praise with our Lord Jesus Christ.
Verse in the Bible of the song: 1st Corinthians Chapter 15 verse 52 & 57 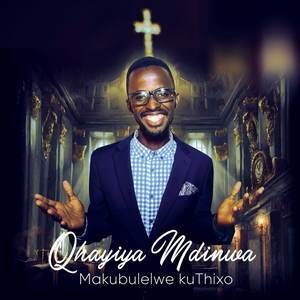