P.sho’s debut album, “Walking on Water” is now out on digital stores. The Producers, Mayo Musiq and Gospel on the Beatz helped bring out the eclectic vibe that showcases P.sho’s talent, style, and his passion for God.

The album is a mixture of worship music and afro-pop with deep lyrics. Walking on Water symbolizes doing the impossible and leaving your comfort zone. Walking on Water is a departure from the norm and the safe to the unknown, exhilarating and ordinary experience. This is what this album is about and what it promises to give the listeners.

The album was released on the 13th of December 2021 and have been met with a warm reception. Currently, P.sho is warming up for tours this new year 2022 and promises his fans spirit-filled concerts that will create an interface between heaven and earth. 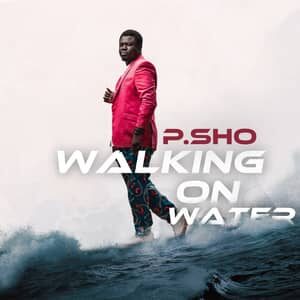 Download and Stream Walking on Water Album By P.sho (MP3)

About P.sho
The eclectic singer/worship leader, P.sho was born Shola Adebayo and is fondly called P.sho by family, friends and fans. P.sho is a prolific writer and has written numerous songs and scripts. His greatest desire is to create an interface between heaven and earth through entertaining but life-transforming music that cuts across generations. His style is unusual, unbranded and a break from the norm. His 1st single “Beautiful” was released in 2018. Since then, he has released other songs showcasing his passion for God and his creative skills. P.sho recently compiled these singles alongside other songs in a body of work titled “Walking on Water” which was released on the 13th of December 2020. The album is currently on different audio streaming platforms like Audiomack, Boomplay, Apple music, Amazon, soundcloud amongst others. Beyond music, P.sho is a profound teacher of the word, an actor and a businessman. He cofounded Morph entertainment, a record label in which he signed under as an artist. P.sho is married to Phil and they are blessed with 3 children.
P.sho Walking on Water