NYIME is a Manchester-born singer, songwriter. After having a few years away she released her single, ‘Reload’ back in October and has now returned with another brilliant song, ‘In the Beginning’.

The slow-tempo, emotive and ballad-y “In the Beginning” powerfully echoes her devotion and commitment to the Most High who she hails as her foundation. The song follows the story of humanity and the theme of redemption is prominent. “We can’t look to nobody else….Only You” are some of the lyrics in her latest track that speak to her passion and the driving force of her life.

‘In the Beginning’ opens with an atmospheric intro which is gently accompanied by a sweet acoustic melody. The song builds slowly alongside the lyrics until the vamp, “Only You” where Nyime delivers a passionate and emotive performance.

The producer of the song is Féz of the OL Creative Enterprise; one of the two producers on her last track, ‘Reload’.

According to Nyime, working with Fez again was a great experience as he was able to capture the heart of the song very well and again, create a very unique and authentic sound.

Nyime is here to stay. It’s her goal to share her gift, inspire and she wants her music to make a significant impact globally. 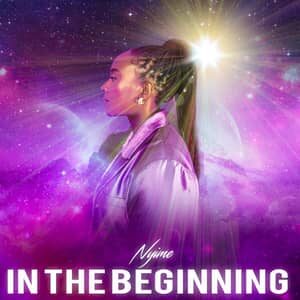 Download and Stream In the Beginning By Nyime (MP3)

BIOGRAPHY
Manchester born and raised, Nyime, continues her musical journey with the most recent release of her new single, ‘In the Beginning’. Boasting a slightly different sound compared with her last single, ‘Reload’ released last October, Nyime showcases her vocal versatility in this slower tempo, emotive and powerful track.

The song pays homage to Nyime’s gospel roots and is guaranteed to spiritually uplift the listener. With this latest single, Nyime continues to establish her impact in the music industry.

Nyime released her debut EP ‘Transition’ in 2013 but as her immediate responsibilities increased, she found her focus and passion for music was placed on the back-burner. Nyime’s love for music was apparent since she was a young child who enjoyed singing to her little brother. She started writing songs at 11 years old and her love for music was nurtured through singing lessons at secondary school, singing at church and various fellowships growing up. She was part of the worship team and lead worship. She developed an affinity for rap and became familiar with the art form.

Her Nigerian roots are also a huge part of the influence on her identity and therefore her music. Over the years, she has returned her focus to using her gift in a way that made sense: putting music out into the world. With this, she had to overcome the concerns that made her hesitant to come back to a life in the music industry.

Above all, she was concerned about having stability while being in the public eye where people are always watching for failure. Though daunting, she managed to push through these fears with another foray into the industry in the form of ‘Reload’ and most recently, ‘In the Beginning’. The passions she has for her art helped her overcome most of her reservations.

Nyime told us that what fuels her is knowing it is something she is destined to do. She believes a significant part of her purpose here is to make music and inspire hope. She uses her creative gift to encourage people to live a fruitful life.

When asked about her major influences, Ms. Lauryn Hill was the name she mentioned. It was through listening to Lauryn’s Unplugged album that she experienced a shift and a divine urge to get back into music. Given her background, she was encouraged that music didn’t have to look a certain way and she could be herself. “It’s important to be yourself and stay grounded to the Most High.”

Going forward, she hopes to complete a number of goals. She has ideas for multiple albums and she desires to tour and perform live, where the songs can be felt fully. She would love her music to have global listeners, bring joy and clarity to their lives as well