ABOUT THE SONG
The song “Worthy” is an expression of the greatness and awesomeness of God. Our God is the ancient of days and His reign is everlasting.

This new song reminds us of the worthiness of the Most High God to receive all our praises. “They lay their crowns before the throne and say; You are worthy, our Lord and God. to receive glory and honor and power, for you created all things, and by your will they were created and have their being”. Revelation 4: 10-11

Nicholas Aladesuyi popularly known as NeWine is a gospel music recording artist based in the United States of America.

One word to describe NeWine is Worshipper. He never holds back when he is ministering or has an opportunity to lead people into Gods presence.

Born and raised in Nigeria, NeWine was raised in the church, where he joined the choir at age eight. His parents saw his musical potentials and knew he was destined for greater things.

One of his greatest assets is rearranging any song he likes and putting his own stamp on it. As he grew in experience, he kept working on several song covers perfecting his craft and in the year 2020, he started working on releasing his debut single which is set for release in July 2021.

He currently attends The Redeemed Christian Church of God Victory Temple Virginia where he faithfully serves as assistant head of the music department.

One thing remains crystal clear, NeWine is set to impact the world with his musical talent. 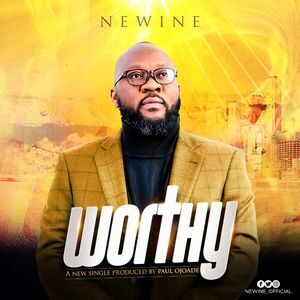