After his wedding video which was prayerful and Prophetic went viral.

God instructed Him to release the song EBENEZER to bring many into their season of Helps.

In a season where many are giving up on God and loosing sight of the promise and word of God, Ebenezer is a sound that comes reassuring and strengthening convictions in God’s word and promises.

The piece of Music is written and composed with an unconventional excellence, Delivered in a prophetic nature.

Mr wealth is a fast rising Gospel Artist in Nigeria from the City of Port Harcourt. Consistent in the Delivery of spirit filled songs, excellently executed and written. Among others are Darling, Sold out, My Beloved, Holy, Letter to God, Fire chant etc. 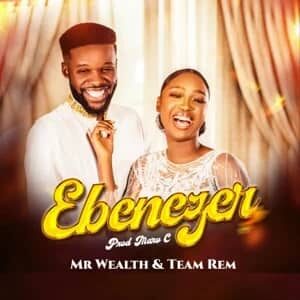