This is coming weeks after her unveiling single on TWC Management titled “HE HAS DONE ME WELL.”

This new song “Jehovah is Supreme” is coming from a place of deep conviction that God is the greatest, It is a song that affirms the supremacy of God. In this song Minister Raqell poured her heart in deep worship and reverence.

Minister Raqell is a versatile music minister who many describe as a vocal powerhouse. She had previously released a couple of singles that has been a blessing to  thousands of souls all over the world.

This song will surely bless you. 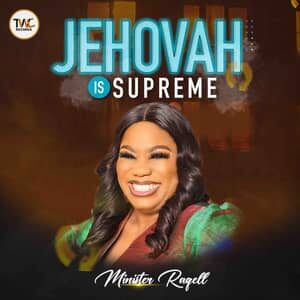 Download and Stream Jehovah is Supreme By Minister Raqell (MP3)