JoelChrist (Shittu Joel) is a minister of the gospel whose passionate desire is to know the Lord Jesus daily and seeks to express the heart of the father through sounds of the Spirit.

Elohim Adonai, (the song of the angels) was received by him during his time of fellowship with the HolySpirit.

According to him “I heard what seemed like a choir of angels chanting and singing ELOHIM ADONAI, and I joined them to sing,…this marked the beginning of several encounters in my life”.

This is a worship song and sound that seeks to call many to the reality of the glorious kingdom we have received in Christ Jesus.

“But ye are come unto mount Sion, and unto the city of the living God, the heavenly Jerusalem, and to an innumerable company of angels,….And to Jesus the mediator of the new covenant….” (Heb. 12:22-24)

After releasing his first sound – Lost in your love, this becomes another sound that would bless the body of Christ. 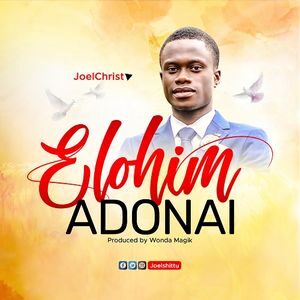