Nigerian Christian music recording artist Jlyricz releases his new single “Daily 3.0” featuring American Christian Hip-Hop artist X-Isle The Wanderer. Jlyricz who had previously released two versions of Daily (a solo version and another featuring Jimmy Hassel) shares this release with an accompanying video and says “I thought I still had another spin in me concerning Daily, so I did a new verse and asked by good X-Isle to join me and thankfully he obliged with an amazing verse”.

Daily is an amazing Christian Trap tune that sees Jlyricz and X-Isle The Wanderer bringing their A-game with some inspirational lyrics and hard bars. The song is produced by E-mex.

Concerning the accompanying video, Jlyricz says “we wanted to create something simple and fun. I actually convinced my director to try what we did and I hope the viewers like it”. The video is directed by Bishop Whyte for Ruff Iconz films.

Jlyricz who is currently working on his projects for 2021 will also be releasing a new single on Friday, January 29, and will also feature amazing Christian rapper and poet; Tobi Toun. 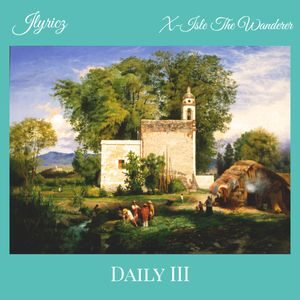