International Gospel Musician James Okon re-emerges with a bang in “I See Miracles“.

Sequel to releasing great songs over the years on the global scene and having whetted the spiritual appetites of many to points of undeniable satiety with his musical profundity, with his lyrical prowess, with his magnetic ministrations and with his thrilling stage performances, James Okon, the music powerhouse is out with his highly anticipated single titled, “I See Miracles” which was produced by Stanley Ogene

The exhilarating song, “I See Miracles” marks the gallant and graceful return of the enigmatic and energetic James Okon on the Gospel music scene following a few years hiatus. This new song by James Okon is a thoroughly danceable fusion of Afropop and Makossa genres of music. With this lovely song, James Okon enacts in every listener and likewise reenacts in every believer the need for everyone to see miracles even as Jesus takes His place, as He has His way and as He manifests His glory in everyone’s life. In his words concerning his new gift to the world, the founder of Lambano Music Ministry hints thus: ” ‘I See Miracles’ is a prophetic praise song, a highly impactful praise and prophetic declaration song with which every listener must be ready to dance his or her way into miracles, into victory, into liberty and into all-round joy.”

Until recent times, James Okon blessed humanity with songs such as “Winner Man”, “I’m So Grateful”, “Oluwa Is Involved”, “Greater Things”, “Ese Baba” and the list goes on. The Gospel music crooner in past years also performed on grand stages at music festivals, at concerts and at major Gospel awards ceremonies across the continents of the world alongside notable artistes including Nigeria’s finest on the roll-call of Gospel musicians, South Africa’s Bishop Benjamin Dube, America’s Dr Ron Kenoly, Israel Houghton, Kirk Franklin, Martha Munizi, Tasha Cobbs, Late Andrae Crouch, just to mention a few amongst other Gospel music giants. Apart from being a certified and practising musician, James Uko Okon also heartily functions as an ordained pastor, as an organizer of music workshops, as a songwriter, as a vocal coach, as a youth empowerment tutor and likewise as a music business consultant.

“I See Miracles” is followed by its official music video which was recorded live at RCCG Grace Chapel, Grand Prairie Dallas Texas, alongside an impeccable team of international and anointed background vocals, professional instrumentalists, proficient engineers, competent media gurus and of course, a truly jubilant audience. 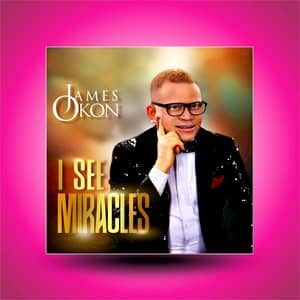 Download and Stream I See Miracles By James Okon (MP3)