Gospel music minister FaitFavour is back with her second release for the year 2021 titled “The Easy Way.” The release is complimented with a live video.

The single which adapts a Rocky vibe does not overlook the hardship and suffering Jesus experienced but emphasized that His tribulations made an easy way to salvation for us.

“The cross of Christ expresses pain, yet it is the easy way to salvation. It wasn’t easy but Jesus Christ made it easy. He brightens our journey and paths a way where there seems to be no way. In His secret place we find rest for our souls.

The circumstances of your life can push you to the physical, emotional or mental breaking point, but in everything, Jesus Christ offers an easier yoke and a lighter burden (Matt 11:28-30). I pray this song blesses multitudes on this earth and in heaven and may God receive His glory. Amen.

I dedicate this song to the downtrodden… Faitfavour loves you “

In January of 2021, Fait Favour released “Worthy” with lyrics video, off the album “Christ the King.” “The Easy Way” is a follow-up release to that effort.

FaitFavour, with the full name as Ifedigbo Favour Nnedimma, is a Contemporary Gospel singer. She hails from Anambra state. Her album “Christ the King” dropped in 2020 and she has blessed us with tracks off the album including “Ozioma (Good News),” “Centre of my Life,” “Lion of Judah,” amongst others.

“The Eazy Way” was produced by Akposbeatz. 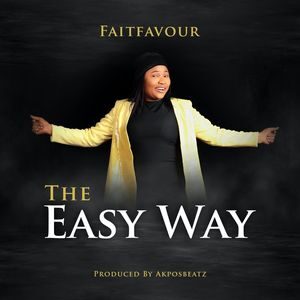 Video : The Easy Way By FaitFavour