Known for her energetic dance moves, and creativity in music arrangement and delivery, Esther Igbekele has yet to prove her competence with this brand new song.

Esther Igbekele, who is widely referred to as Duchess of Music, has been consistent in her release of outstanding gospel songs that enriches the soul. All her previous releases are still bringing in global testimonies.

Apart from being born to a family where music runs in the blood, Esther is known to be a carrier of God’s special talent. A gift she graciously uses for the spread of the gospel. 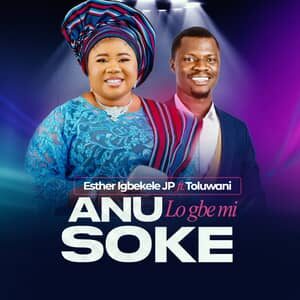