He Will Be With You Download and Video | Emorja Roberson

About The Song “He’ll Be With You”

The song was originally composed in May 2019 for a pilgrimage to East Africa with the Notre Dame Folk Choir. Since COVID-19, it has taken on a new meaning and has been used to inspire and provide hope for those who have been affected by the pandemic.

By your side, He’ll be with You

In trials you go through

And no matter where you may be

Just know Jesus is there with Yo

And He’ll never leave You 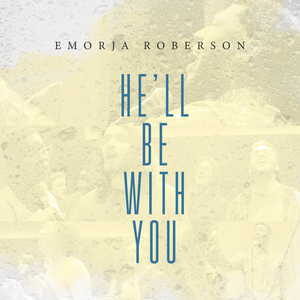 Download He Will Be With You By Emorja Roberson (MP3)

Video : He Will Be With You By Emorja Roberson

He'll Be With You - Emorja Roberson

Emorja Roberson is a pianist, conductor, composer, and vocalist in classical and gospel music. Roberson graduated from the University of North Florida with a Bachelor of Music degree in Vocal Performance (2013) and Master of Sacred Music in Vocal Performance from the University of Notre Dame (2017). Throughout his career, he has held lead roles in Die Zauberflöte (The Magic Flute), The Consul, As You Like It, The Mikado and La Bohème with the Jacksonville Symphony Orchestra and performed as a soloist in Handel’s Messiah.

In October 2016, he recorded solos on Robert Kry’s, Paradiso: Transformation and Transfiguration and Mass for the Oppressed by Emerson Eads. Throughout his experience in the Sacred Music Program at Notre Dame, Roberson served under the tutelage of Dr. Stephen Lancaster, and has worked with world-renowned soprano, Deborah Voight, Carla Rae Cook, and, J.J. Penna. In 2016, Roberson recorded Christmas at Notre Dame with Grammy Award Winner, Arturo Sandoval, and sang as a soloist on “Frosty The Snowman” with Matthew Kelly.

Since January 2016, his compositions have been performed by the South Bend Symphony Orchestra as a contribution to the Martin Luther King, Jr. concert under the direction Dr. Marvin Curtis and Maestro Alastair Willis.

In June 2019, he made his national debut on Season 9 of BET’s Sunday Best competition as a top 20 contestant, and in March 2020, his recent composition, “Seek Ye First” from The Evening Musicale (2019), was featured on Sirius XM 64 (Kirk Franklin’s Praise).