More Of You Video | Antwan Jenkins

Antwan Jenkins has released his debut release, “Victory/More Of You.” Jenkins is signed to IndieBlu Music, a division of Entertainment One Nashville.

“Who’s got the victory? I do! Throw your Vs up!” – Antwan Jenkins “Victory”

On August 28th, 2020, Indianapolis-based contemporary and gospel musician, Antwan Jenkins released his debut project, the two-sided single, “Victory/More Of You.” The singer, songwriter, music arranger, and composer is best known for leading and teaching God’s Purpose Choir, Divine Connection Ministries, and now, as leader of Unified Worship in Indy. Antwan is also known for hosting “A Night of Unified Worship” where many local and industry artists have either lead worship or taken part in this event.

“This guy is so inspiring to watch and listen to,” said Michael Stover of MTS Management Group, Jenkins’ publicist. “You can’t help but feel like jumping out of your seat and shouting along with him on ‘Victory.’ He shows a totally different, melodic and smooth sound on ‘More Of You,’ proving that Antwan’s got the chops to succeed on both gospel and CCM stations.”

“More Of You” features D’Marcus Howard.

Antwan has served as a worship leader at New Life Community Church of Truth in Indianapolis IN. He has developed worship teams and vocalists at many churches, and he has taught sessions on worship, stage presence, and microphone gestures. Antwan Jenkins has a heart for people and love, gathering the body of Christ to worship together. 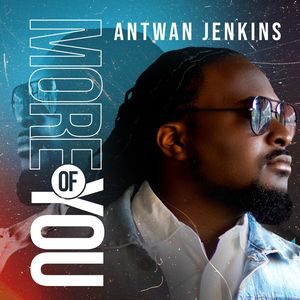 Video : More Of You By Antwan Jenkins

MORE OF YOU OFFICIAL VIDEO