Angela Moss Poole brings a fresh sound to contemporary Christian/Gospel music.  She is a nationally acclaimed songwriter whose songs are being translated and shared all over the world. Her anthem and theme songs inspire us to overcome our obstacles. She continues to write for Film/TV and works with independent producers and composers in various genres.

Angela Moss Poole is a native of Richmond Heights located in Miami, FL. She began singing with her church choir at the tender age of 5. Poole is a graduate of Florida Agricultural and Mechanical University (FAMU) where she received her earned a Ph.D. in Educational Leadership and a Bachelor of Science in Accounting.  She also earned a Master’s degree in Accounting from Florida State University. While attending college, Poole continued to sing in church choirs and continued to develop her love for music and songwriting.

Poole is inspired by many different artists in various genres, including Barbara Streisand, Yolanda Adams, Stevie Wonder, Celine Dion, and Aretha Franklin. Poole’s love for God and her passion for inspirational music propelled her to release her debut album Reflections, in 2007, and a follow-up project, Expressions, in 2012.
Angela is a member of the National Association of Black Female Executives in Music and Entertainment. Her company, 141st Lane Media, has successfully partnered with We Break Records/Fred “Darkchild” Jerkins for radio promotions and consulting for her latest single ” You Deserve” which has since ranked #7 on Billboard Gospel Indicator charts. 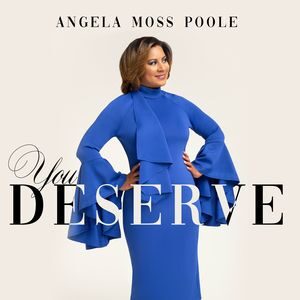