Just like the title implies “Duro” re affirms the importance of Divine timing which is so evident in Akindotun’s Life.

Akindotun Akinyemi was born into a family that loves gospel music deeply, and as such has been a music minister for years leading various music groups  at various regional, state and National levels. He believes firmly in Divine timing, the word of God, the efficacy of Prayers and God has the lifter of men.

This is the first of so many kingdom sounds to be released.
Duro is on all social media platforms and digital stores.
Download and share and let’s keep the name of Jesus Popular. 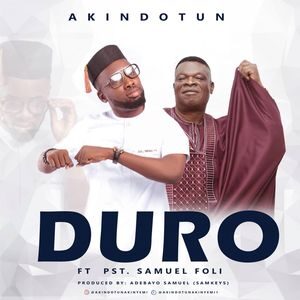